Find this article at:
go.ncsu.edu/readext?459663
— Written By Grant Palmer and last updated by Hannah Burrack

In order to aid growers and other interested parties to monitor blueberry pest activity and help management decisions, we have established trapping sites around North Carolina in blueberry fields. These sites are located at a mix of commercial farms and research stations. Each site is named after the county is located in and a number distinguishing it from other sites in that county. 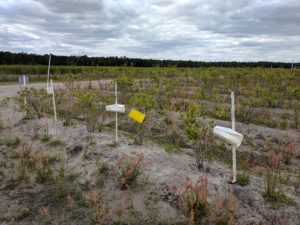 Each week, we will visit the field sites, and identify insects that have been attracted to the traps. In this post, we will share data from our first couple weeks of trap captures, and our weekly posts to follow will update these data as we progress through the season

We are monitoring a total of six blueberry fields. The average number of the total pests captured per site per day are presented in the figures below. YSW refers to traps baited with “yeast/sugar water.” SWD refers to “spotted wing drosophila.” 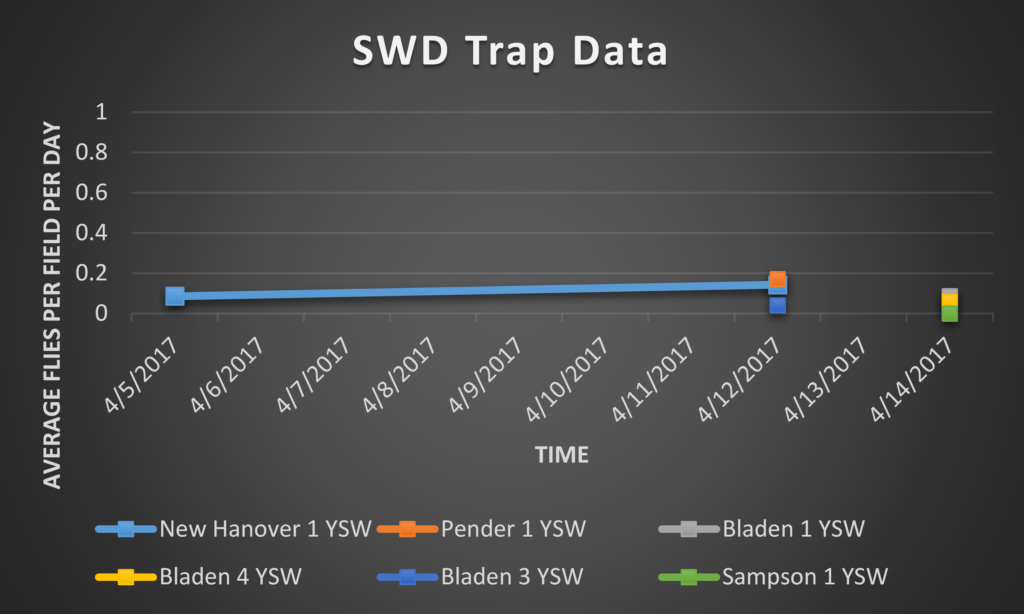 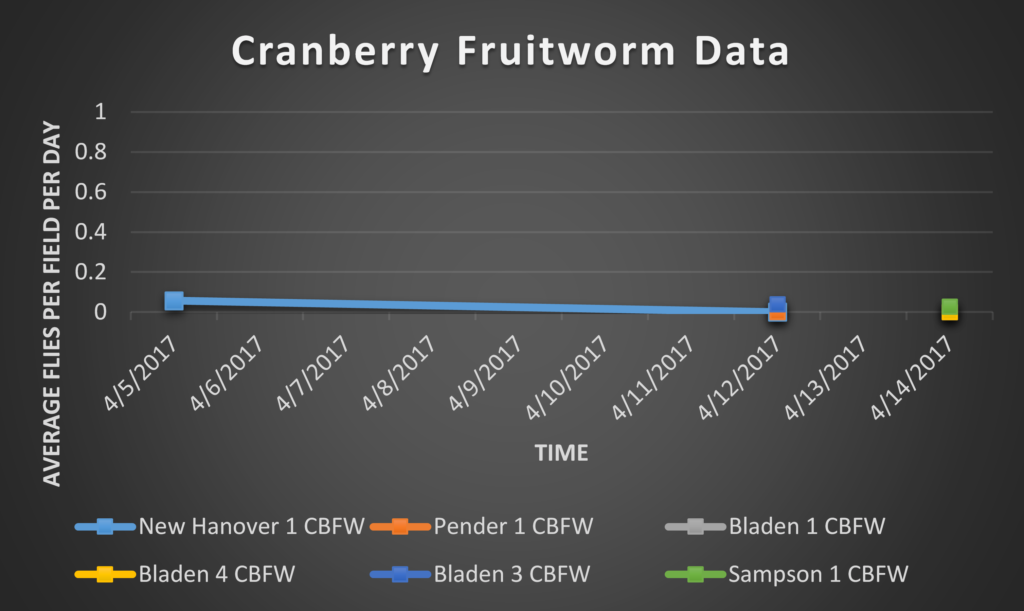 One cherry fruitworm moth was captured at Pender 1 during this trapping period. 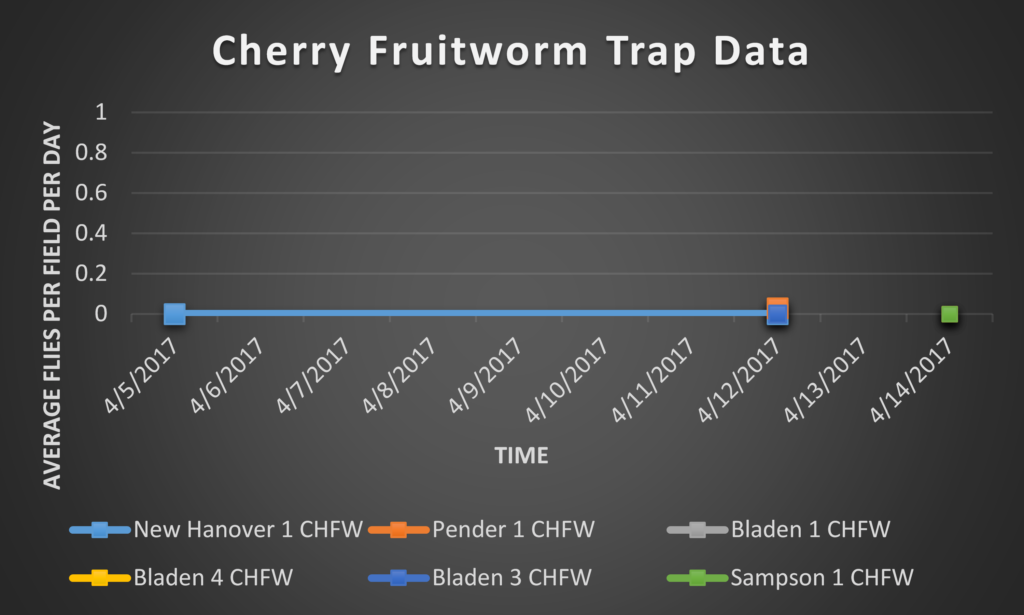 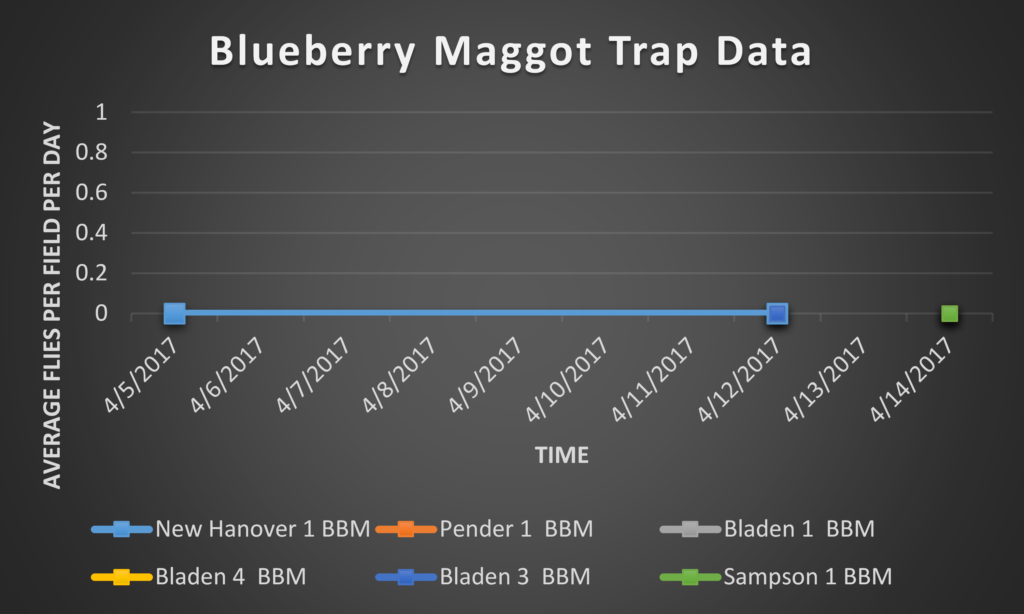