Find this article at:
go.ncsu.edu/readext?466916
— Written By Grant Palmer and last updated by Hannah Burrack

After the small surges in spotted wing drosophila trap captures at New Hanover 1 and Pender 1 the numbers appear to be dropping back down to levels similar to the other sites.

With the rainy weather throughout the last week we expect trap captures of SWD at all sites to show at least a small increase next week. 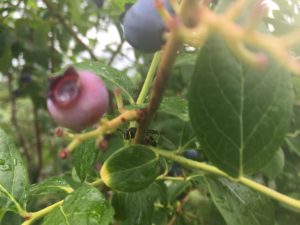 The blueberry plants provide suitable habitat for many different insect species such as this hymenopteran. Photo: Grant Palmer 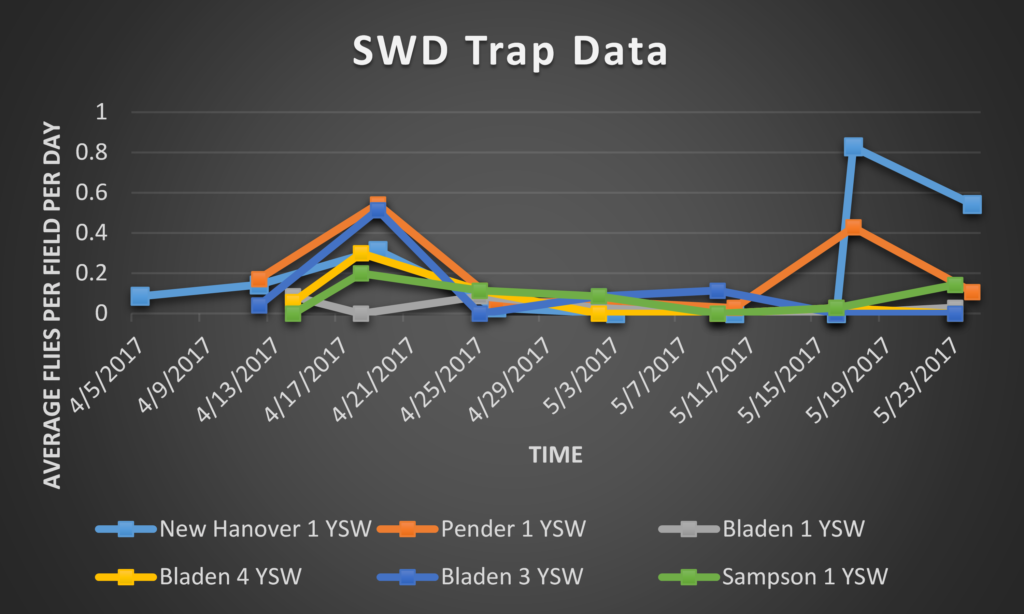 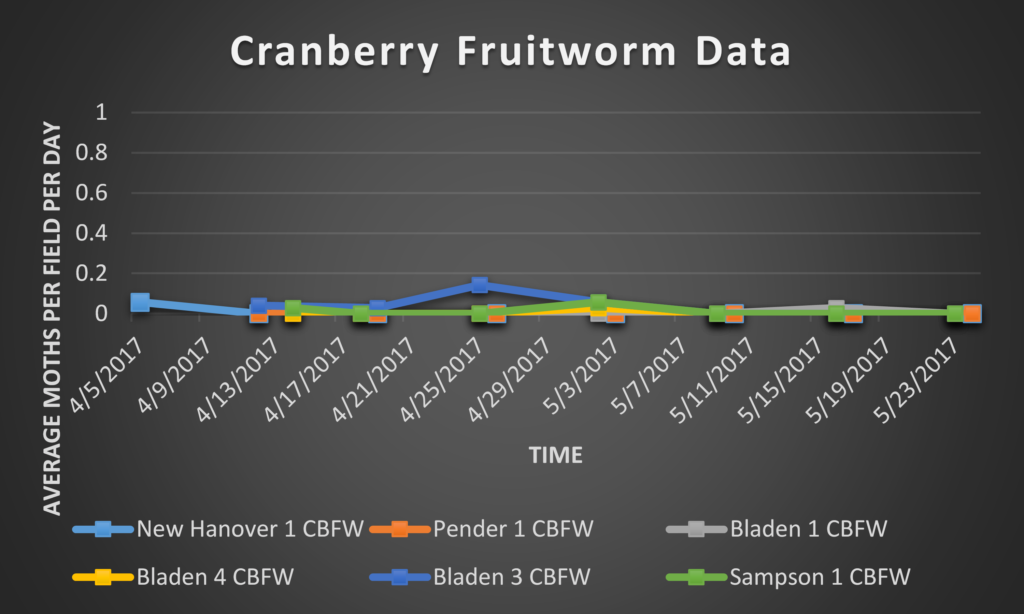 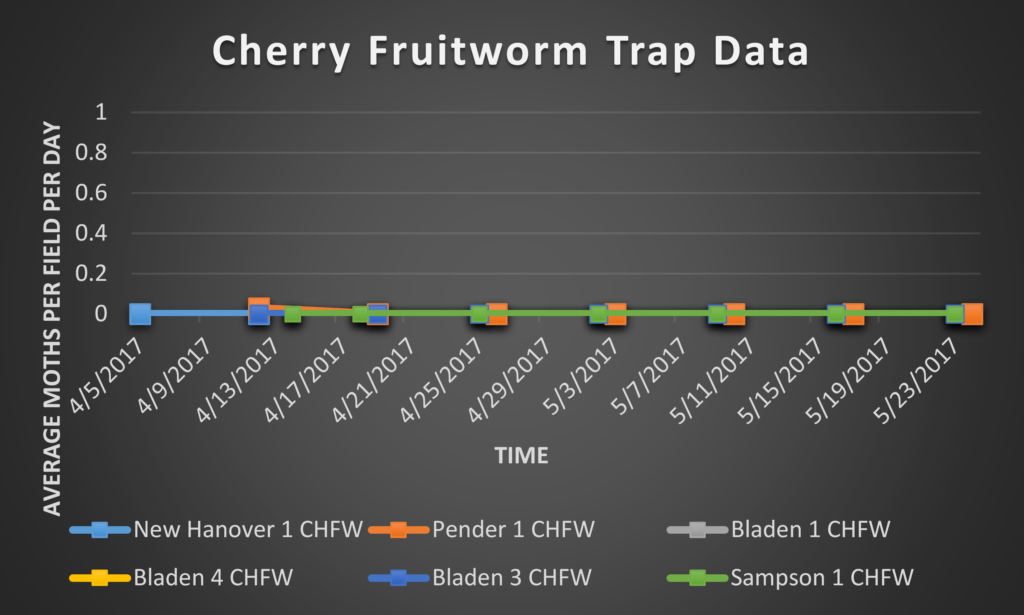 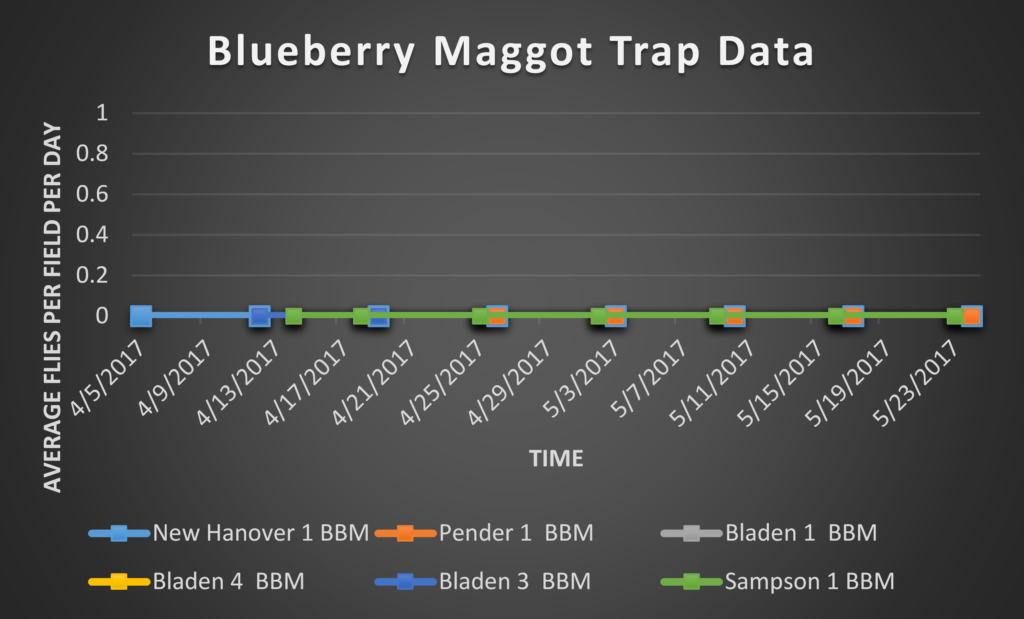